In The Office of a Master 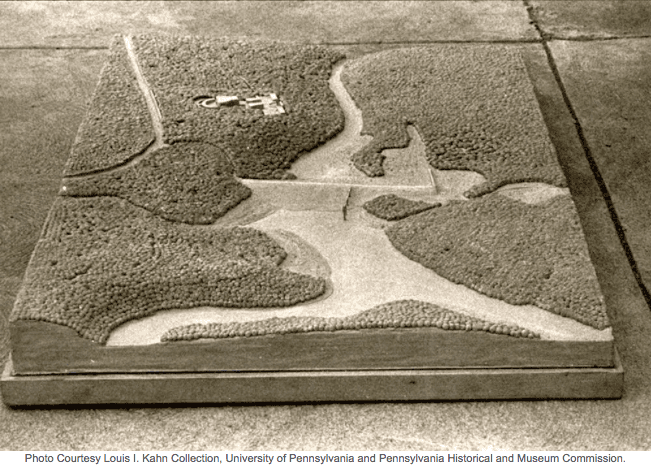 The Making of an Architect- Part 2

If you saw my last newsletter, you know I was quite young when I was first inspired to be an architect, crossing the Verrazano Bridge shortly after it opened. By 9th grade I started finding work after school and summers in various architectural offices, mostly small firms where I ran prints, did errands, some simple drafting. After my junior year of high school, I was all set with a summer job in a firm in downtown Philadelphia, but as it was about to begin, they called to say they’d lost a big project and wouldn’t be able to take me on. Swallowing my disappointment I decided to try my luck by knocking on doors of a few firms in town. I figured I’d start with the best, and took the elevator up to the office of Louis I. Kahn. He was a major icon of modern design at the time, building masterpieces around the world. He was a teacher, poet, and artist. My lucky day, I was hired on the spot.

Besides general office errands, one of my projects was to organize their photo archive room, so I’d spend hours sifting through images of projects, drawings, models, and helping to create order from the piles. My little piece of heaven. An exciting break was when I was asked to help with a plastilina clay model of a proposal for an arts center in the Poconos (never built). My job was to make the trees. It was a large site model for a wooded site, so most of the surface was covered with these little clay balls that I rolled and then stippled with a cluster of pins that I assembled. It was a tedious task, but it enabled me to work full days in the studio surrounded by the architects in the office, hearing their discussions about projects and getting to know them. It was a special thrill whenever Lou (as everyone called Kahn) would come through to discuss projects with his staff. An inspiring summer for an aspiring young architect.

The summer after my high school graduation, I went to Europe with a backpack, but I was asked to come back to Kahn’s office after my first year of architecture school. Sadly, Kahn died that spring and the office was cut back to the essentials, so I wasn’t able to return. But the memories of one summer in that world renowned studio carried me forward on the challenging road to becoming an architect. This blog post is dedicated to Lou.

Two of the projects being designed the summer I worked in the Kahn’s office were the Yale Center for British Arts and the FDR Memorial on Roosevelt Island. The Yale Center was completed in 1977, 3 years after Kahn’s death. The FDR Memorial was one of Kahn’s last designs, He was carrying the finished designs with him when he died in 1974 in NY Penn Station.
The Franklin D. Roosevelt Four Freedoms Park was finally built and opened in 2012 at the southern tip of the island in the East River, a careful study of minimalist formalism. The superb craftsmanship is as much an homage to Kahn as it is to the subject of the project. www.fdrfourfreedomspark.org
Reopened in 2016 after 8 years of renovations, the Yale Center for British Art houses the extensive collection of Paul Mellon. The building sits on a commercial street in New Haven, and from the outside is an almost office building like composition (elegantly done of course) of gray steel and glass. But once inside, the magic and warmth are revealed. The interplay of volumes, forms, materials and details showcase the sure hand of a master.  www.britishart.yale.edu